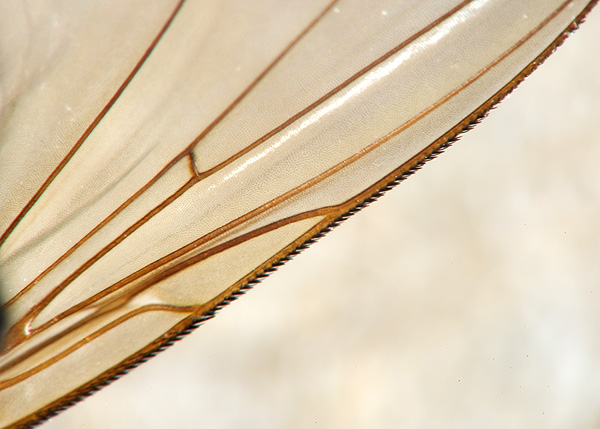 First off let's deal with camera settings. Your mileage may vary, but most likely you'll need to switch the camera to manual focus. Even if you could get auto-focus working, I don't think you'd want to use it. The main reason is that there are many things to focus on and only you really know where you want the primary focus to be.

Next setting: manual mode. Ok, maybe you can get by with aperture priority. In order to get as much possible depth of field as we can we are going to close the aperture down until it squeaks and then down a little bit more! For all of these shots the camera was at f/45, which meant exposure times ranging from one to ten seconds. I put the D70 in manual mode, adjusted the shutter speed based on the exposure meter, took a shot, reviewed it, and then tweaked the shutter up or down to get a better exposure.

Being a DSLR there's tons of other things you can tweak and adjust and I'll let you just have a good time doing so. I used Auto WB, RAW images, AF-S, and ISO 200. 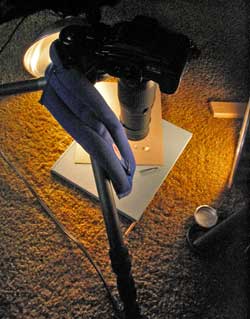 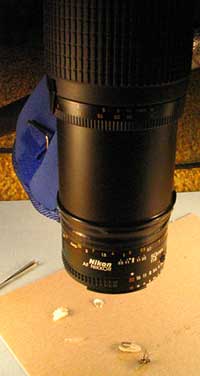 You need a tripod or some other means of mounting the camera and keeping it sitting perfectly still for seconds at a time. I mount the D70 on a tripod and then drape about five pounds of ankle weights over it (they are like heavy bean bags with lots of velcro...nice).

To give you an idea of how my set up worked: I have an L-bracket on the camera (camera hooks to side, rather than bottom), with the ballhead tilted all of the way to the side this allowed the camera to point straight down. Even so the legs on the tripod needed to be splayed quite a bit. Why? Well, focus for the 50mm on 300mm lens comes in at about an inch and a half to two inches. If you aren't bringing the ground up to the lens, the lens has to get closer to the ground.

An important consideration, whatever your setup, is to get the lens as horizontally aligned with the subject as you can. If the lens or subject are tilted that means one part of the subject will be in focus and the rest of it out of focus.

You'll also notice the lighting. With only a couple inches of clearance there's not much room for top lighting. Maybe if you have some strong, skinny flashlights or LEDs? I used a couple of 70watt bulbs on each side.

The final note about technique regards how you trigger the camera. The D70 has an optional wireless remote, which I highly recommend (see my article on how to make/use it wired as well). This way you can adjust focus, step back to let things settle, and then trigger the shutter. The D70 has a built in timer, but you have to set it for every shot, which is really annoying.